RoofersCoffeeShop.com > Newsroom > RCS Original > Is Your Advertising Reaching Your Audience?

Is Your Advertising Reaching Your Audience? 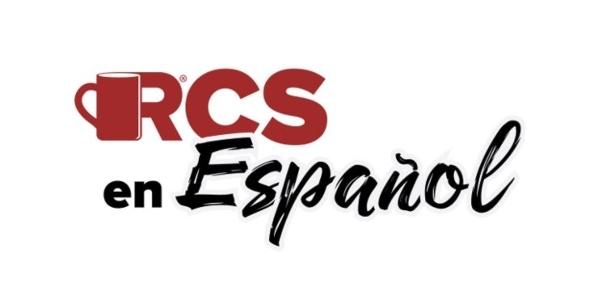 There’s a growing demand for companies to advertise in their consumers’ native languages.

Living in the digital age, people are constantly being exposed to and consuming content.  They want to be able to access information wherever they are and whenever they want to, without restrictions.  This is why it is important for companies to know their target market and have information available to consumers in their native languages.

RoofersCoffeeShop® recognizes this need, which is why RCS is a trilingual website.  Classifieds, and all other content, are offered in three different languages: English, Spanish, and French.  RCS visitors who speak one of these three languages have information available to them with just the click of a button.

Why should contractors care about advertising in multiple languages?  If they want to sell to the growing minority markets that don’t speak English as their native language, then it’s important to communicate effectively with their customers through advertising, sales, and marketing.  In the 2018 State of Hispanic Homeownership Report by the National Association of Hispanic Real Estate (NAHREP), the Hispanic homeownership rate increased from 45.6% to 47.1% between 2015 and 2018.  “Hispanics have been the only ethnic demographic group to raise their homeownership rate in each of the past four years,” according to the study.  In nearly every state in the United States, when the Hispanic population is greater than 30% of the state’s population, their homeownership rate is above 50%.

Each year, a housing survey conducted by Fannie Mae determines people’s attitudes towards homeownership.  According to Fannie Mae’s 2018 National Housing Survey, “88% of Hispanics said that homeownership is a good investment long-term, and 92% said that, in the future, they are more likely to be homeowners than renters.”

As the demographic with the highest use of Instagram, Snapchat, Pandora, and Spotify, Hispanics are utilizing technology and are being exposed to ads and classifieds while on the Internet and social media.  The Hispanic Homeownership Report found that Hispanics feel advertising is meant for them specifically when: it recognizes their cultural background (61%), it reflects their cultural values (59%), it includes people who look like them (52%).  With approximately one third of Hispanics online almost constantly, it’s important to have content for them in their native language.

A 2019 report from the U.S Bureau of Labor Statistics, noted that a total of 11,181,000 people are employed in the construction industry.  Of those people, 88.4% are white, 30.7% Hispanic or Latino, 2% Asian, 9.9% women, and 6.2% Black or African American.  Considering that over 30% of the entire industry is Hispanic or Latino, adds to the importance of providing information in more languages than just English.

According to George Levy, Skyword’s Director of Brand Partnerships, United States, Hispanic, and Latin America, “Over 50% of Google’s search results are delivered to people outside of the United States, and over 55% of website content worldwide is written in English.”

With the current world population of approximately 7.7 billion people, 1.7 billion people speak English, which is 20% of the population.  It’s important to know that just 360 million people speak English as their first language.  All others who know English have varying levels of proficiency.  George Levy explains, “In some key markets, such as Latin America, where English proficiency is very low, being able to communicate clearly in the local languages and regional variations of Spanish and Portuguese is an absolute necessity in order to conduct business.”

English, Spanish, and French are three of the top languages being learned around the world.  By offering content in these languages, RCS develops more engaging relationships with customers.  “Offering content in the languages you are targeting, as part of your international marketing efforts, will translate far beyond just delivering a larger volume of international visits: it will also help develop closer, more engaging relationships with your customers and drive greater direct business results,” George Levy discloses.

If you have studied another language, or currently are, you can acknowledge that it’s much easier to understand your native language when reading articles or watching videos.  George Levy reports that, “Customers respond more favorably to content in their native language.” A Gallup study of Internet users from the European Union found that, “Nine out of ten Internet users, when given a choice of language, always visit a website in their own language.”  Another study by Eurobarometer discovered that, “More than 4 in 10 (44%) Internet users in the EU thought they missed interesting information because websites were not available in a language they understood.”

Having information accessible to people in a language they speak and understand easily is essential to avoid misinterpretation between languages.  Some words look similar in another language, but will mean something completely different in English. For example, the word “advertisement” in English looks similar to “avertissement” in French.  While it means “commercial ad” in English, it means “warning” in French. Providing people with information in their native language reduces the risk of your message being misunderstood.

“Generating emotional experiences around a brand is an important goal of brand communication,” as reported in a study done at the Rotterdam School of Management in the Netherlands.  The study further concludes that emotions portrayed in marketing messages and content should be delivered in a person’s native language to be fully comprehended.

In the example above, we examined how “advertisement” and “avertissement” could be misinterpreted.  Since a warning is usually conveyed in a negative context, that’s how a French-speaking person would approach an English advertisement, missing the actual emotion trying to be portrayed.  Consumers are able to recognize and connect with emotional brand messages when in their native language. The emotional intensity will be lost if written in a person’s second language, thus inhibiting them from fully connecting with the company’s message, and ultimately the company.

It’s important to bridge the language barrier between company and consumer.  Offering content in other languages provides significant advantages for companies.  While it may be intimidating and time consuming at first, the benefits are far greater.  Understanding your target markets and appealing to their language needs will help build more engaging customer relationships, help your company gain a competitive edge, and expand the overall reach of your marketing messages and content.  By offering this, consumers will have access to information wherever they are, whenever they want, and in whatever language they choose, without restrictions.

For additional Spanish resources, be sure to visit the RCS en Español page and sign up for the RoofersCoffeeShop weekly newsletter. 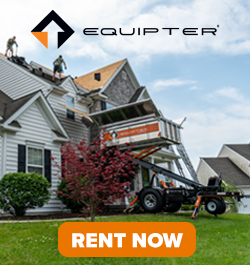